Book Review - Lessons That We Can Learn From Zero To One 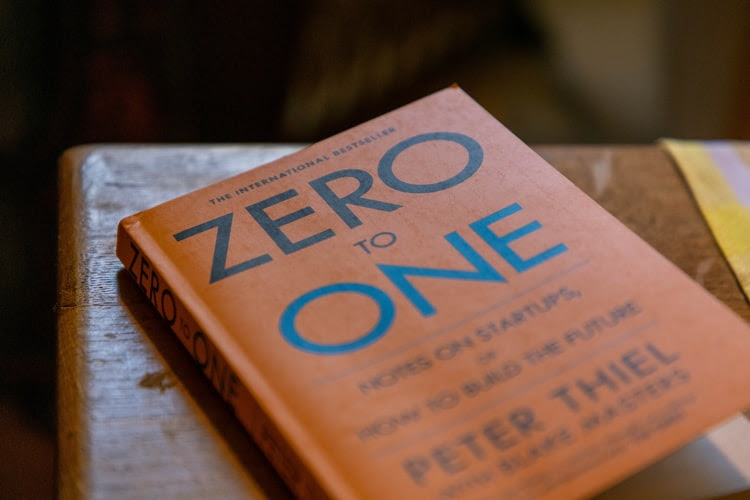 Zero to One: Book review

We all love ourselves a good success story, after all, they are inspiring and give us food for thought. And what goes behind the success story is, in fact, more fascinating than success itself.

Authored by Blake Masters and Peter Thiel, the book Zero to One: Notes on Startups, or How to Build the Future, delves into the significance and ways of building value in a business. The book initially talks about the types of progress, which are either horizontal or vertical. While horizontal progress can be anticipated and is comparatively easily achieved, also called going from 1 to n, vertical progress is rather a leap that is hard to imagine, and it is what we call from 0 to 1.

Replicating a thing would be horizontal progress and upgrading the thing would be vertical. It is very well explained by the examples of globalization and technology.

Globalization drove the existing industries to nations around the world and created a well-connected network; on the other hand, technological advancement creates newer and better commodities and upgraded services and, in fact, increases the pace of globalization.

Hence, while the former is horizontal progress, the latter is vertical, i.e., from zero to one.

What is the book about?

The book, as it states, is about the questions you must ask and answer to succeed in the business of doing new things. It emphasizes the value created by start-ups as those are the businesses giving birth to new ideas.

As important as learning is, it is equally important to unlearn and question what we have learned in the past. The book Zero to One entails an entire segment on the lessons learned by the authors on their journey to establishing and running PayPal.

From staying flexible to improving on the existing competition instead of jumping on a brand-new market to being product-oriented and not sales-oriented and taking small steps to reach the destination, they have given their two cents to a budding entrepreneur in this book.

Moreover, the subjectivity of success in different businesses is acknowledged and expanded on. In fact, a rather polemic question has been touched upon, that is, whether success depends upon luck or the skills of an organization?

After taking into account several historical opinions, the obvious is answered, which is if luck were to be the deciding factor, why would one be even reading the book?

The book Zero to One, for some part, seems like an intelligent commentary. The authors clearly have a lot to express due to their experienced careers. It highlights the good examples and provides criticism with a tinge of concern.

Planning has been given its due credit in the book. The power of planning has much to do with the fate of a company, especially while evaluating a start-up. Selling a start-up can get tricky if there is any difficulty regarding its valuation since the offer is either undervalued or overvalued.

Facebook being offered a billion dollars by Yahoo back in 2006 and Mark Zuckerberg rejecting the offer outrightly has been given as an example since Zuckerberg had his plans for the company in mind. Had he sold Facebook at that lucrative rate back then, either Facebook would have died out or if it fared well, Mark would have regretted the sale.

This, right there, is the advantage of planning, which helps you foresee and make informed decisions within no time, which has been largely emphasized in the book Zero to One.

One of the other aspects of a successful start-up, i.e., viral marketing has been brought to the forefront. Both PayPal and Facebook owe their popularity to their marketing tactics. Encouraging users to invite users and creating a loop that promotes viral pictures, videos, and memes, went a long way in making an all-pervasive social media.

Although, Facebook’s relevance per se, in this time, has gone down a notch, the most-used social media which is, Instagram is also owned by Facebook, making it the King of the platform.

Lastly, the book Zero to One debunks the myth of social entrepreneurship. How a mere philanthropic approach or profit-driven organizational structure would lead to nothing more than polarized institutions which will either be profit-greedy or weak players.

Even the concept of doing well by doing good would not do well or be good to any as all it preaches is replication, which essentially is horizontal progress. What will truly bring about a change is doing something different, not going with the shepherd and carving out your own identity, which is what most prominent and successful entrepreneurs did.

Giving your company an edge that will differentiate it from the crowd and allow it to add value to the economy and for the consumers will take it a long way. So now, if you find yourself stimulated by this, you can begin your journey by getting inspired by these spirited people and their compelling stories!

1. What is the meaning of zero to one?

3. Who has written the book Zero to One?

4. What does it mean to go from zero to one?

5. What does Mr. Thiel argue regarding success in his book Zero to One?

 book  zero to one  review
AdBlock detected
Our website is made possible by displaying online advertisements to our visitors. Please consider supporting us by disabling your ad blocker on our website
Ok, I disabled it (continue)